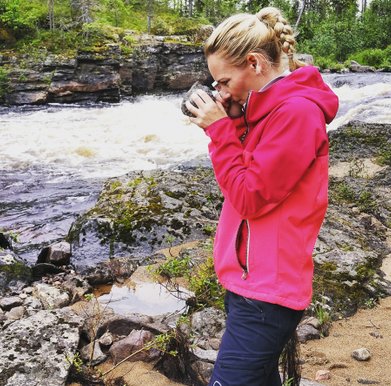 A PASSION FOR GREENFIELDS EXPLORATION

Exploration geologist Amanda Scott, originally born and bred in New Zealand,  graduated from Victoria University of Wellington with a BSc.Geology in 2003. In early 2004 Amanda arrived in Perth, Western Australia to begin a career in mineral exploration. Whilst in Western Australia, Amanda worked in both the Pilbara and Yilgarn Cratons exploring for gold, nickel, iron ore and manganese and is credited with the discovery of high grade iron ore at Jigalong in the East Pilbara.

In 2011 Amanda moved to northern Sweden where she has continued to work in greenfields exploration in the Norrbotten and Västerbotten Districts of Sweden, the Swedish and Norwegian  Caledonides and the Finnmark District of northern Norway exploring for gold, PGE's, nickel, copper, base metals and iron ore.

Amanda is a  Member of the Australian Institute of Mining and Metallurgy (MAusIMM).